Classy, a San Diego company that provides online fundraising tools for non-profits, is itself the beneficiary of a substantial amount of cash. The crowdfunding-for-causes startup said Tuesday that it has pulled in $18 million through a funding round led by Mithril Capital Management, which is chaired by serial entrepreneur and investor Peter Thiel. The round included participation from existing investors such as Bullpen Capital and Salesforce Ventures, the venture arm of the publicly traded online customer management company. Launched in early 2011, Classy's online platform has hosted more than 300,000 cause-based fundraising campaigns, raising a collective $130 million from 1.3 million people for social enterprises such as the World Food Program, Special Olympics, National Geographic and Surfaid. The company has 80 employees and plans to use some of the new cash to triple its 15-person engineering team. Classy has also appointed Michael Young, the former chief technology officer at Redfin, as its first CTO. "Eighty million millennials will make up more than 50 percent of the workforce in less than five years and their overwhelming preference is to engage online and through mobile," said Classy CEO Scot Chisholm. "Still, only 10 percent of the $360 billion that non-profits raised in the United States last year was raised online; but this is about to change in a big way." Classy co-exists in an increasingly crowded space of startups providing online fundraising tools, including San Diego-based GoFundMe. The co-founders of GoFundMe, which lets people raise money from friends for personal causes, last week sold a controlling interest in their company, valued at $600 million, to an investor group. Collectively, crowdfunding services rounded up around $10 billion in funds for their respective causes or projects in 2014, up from $1.5 billion in 2011, according to a March 2015 report from Goldman Sachs.

Scaling Up Your Lean Revenue Machine

Scaling Up, from Verne Harnish, is a practical handbook on all the little things, done right, that let savvy firms achieve exceptional growth. It combines engaging talent, savvy strategy, and effective execution with sound cash management. It makes the growth journey a successful and fun ride for everyone involved. As an update on Harnish’s Rockefeller Habits, Scaling Up is a manifesto for applying Toyota’s Lean process to all aspects of the business. Including B2B sales. Harnish notes that growth companies are good at getting lots of things done. They often spend big bucks, and tons of time, landing new customers. The risk in this? Such companies get a massive amount of the wrong things done. As a result, growth is often more expensive, and harder, than it could be. He challenges execs to ask: what can be done to ‘lean’ the sales process? He advocates using feedback systems. Systems that create accountabilities for how well things are working. In B2B sales, he suggests you know your Cash Conversion Cycle [CCC]: how long it takes for a dollar you spend to make its way through your business model and back into your pocket. A strong CCC can be a powerful tool to dominate your market. From what we’re seeing, what’s also needed are analytics that show, operationally, what could strengthen your CCC. If target buyers aren’t having conversations with your sales reps, there’s zero chance you’ll see any of your cash ‘out’ convert to cash ‘in’. If after having conversations, target buyers don’t go on to have any more conversations with your sales team, you’re equally knackered. Savvy firms know their yields of conversations and ‘next conversations’. Better than that, they’re ‘self-aware’ of how their execution practices are affecting their yields. The speed and precision of such self-awareness, from feedback systems, makes it possible to ‘Lean’ your Revenue Machine. An example: a firm launched its go-to-market strategy f

Over $1 Billion in Crowdfunding in March !

Mumbai: The first quarter of calendar year 2015 saw a surge in investments from angel investors and venture capital (VC) funds as they sought to get capture a piece of fast growing start-ups in the country. From January to March, VC funds invested $1.06 billion, compared with $362 million in the same period last year, according to data from VCCEdge, a financial tracker. The number of transactions spiked as well, to 87 from 66 last year, a 31.81% jump in volume. Angel and seed investors did 91 deals, compared with 61 during the same period last year, registering a growth of 49.18%. In value terms, investors allocated $62 million, as against $25 million during the same period last year, a jump of 148%. “There is a lot of interest in this segment and it is translating into deals being done. The market continues to be buoyant and we are seeing a rise in good quality deals,” said Sasha Mirchandani, founder and managing director at Kae Capital. Investors are being able to exit with better returns, which is adding to the positive environment, Mirchandani said. Some of the top deals during the first quarter of 2015 include Senvion SE raising $1.15 billion from Centerbridge Partners Lp, International Finance Corp. investing $259.27 million in Bandhan Financial Services Pvt. Ltd, and One 97 Communications, which owns Paytm, raising $635 million from Alibaba Group Holding Ltd and SAIF Partners. 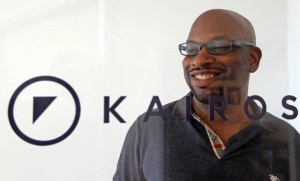 Matthew Richardson Orlando Business Journal If approved by the state Legislature, equity crowdfunding could net more money for Florida startups.Crowdfunding sites like Kickstarter may be old hat for some early-stage startups in Florida if House Bill 275 is approved by state lawmakers. House Bill 275 would legalize equity crowdfunding — a financial process that allows companies to accept funds from investors in exchange for company stock. The kicker is that potential investors don't have to be overly wealthy, which opens the pool for more investment capital. Orlando entrepreneur Carlos Carbonell, PowerDMS General Counsel Matthew Huggins, and business lawyer Jonathan Kilman are behind the bill, which is being sponsored by Rep. David Santiago, R-Deltona. The first reading of the bill was March 11. Kilman, a partner with law firm Foley & Lardner LLP, said the bill is a big opportunity for small firms because it helps close the gap between family funding and venture capital. "The challenge that early-stage companies face is access to capital. We have angel investing in Florida and some venture capital, but this is another opportunity to obtain investment capital." As of now, 13 other states have legalized equity crowdfunding, and last year, the Florida bill to allow it failed as rules were not in place to avoid businesses running scams to collect funds. Kilman hopes this year will be different, as he is working closely with the Florida Office of Financial Regulation and the legislative staff. "We're gaining momentum, and the more people know about this bill, the more confident they'll be about it. We have other states that serve as examples how this can be done."